Southend to become a city in honour of Sir David Amess 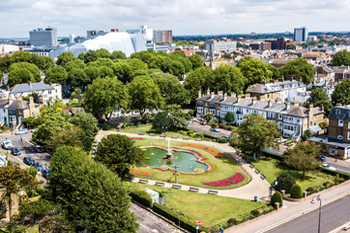 The Prime Minister has announced the Queen has granted Southend with city status to honour of Sir David Amess.

The MP was murdered last week in a suspected terror attack while meeting with constituents at Belfairs Methodist Church. He had tirelessly campaigned for Southend to become a city during his time in Parliament.

Leader of Southend-on-Sea Borough Council, Cllr Ian Gilbert, said: 'Following the tragic death of Sir David, we saw calls from across the country to grant Southend-on-Sea city status in honour of Sir David, who was a continuous driving force in Parliament and beyond pushing for the Borough to become a city. His unwavering commitment to achieve this was clear for all to see, and I think there is no greater way to honour Sir David and his family, than to make Southend-on-Sea a city. I hope this honour will help to bring the community together in this difficult time.

'As we await more news from the Government on this, we can reflect that this is a very special day for the Borough of Southend-on-Sea, and I hope his family is immensely proud of his hard work.'

Mr Johnson said of Sir David: 'He never once witnessed any achievement by any resident of Southend that could not, somehow, be cited in his bid to secure city status for that distinguished town.'