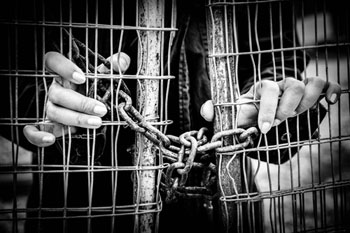 As local authorities are purchasers of services, supplies and works, there is potential for slavery and trafficking to arise in their supply chains. Changes to legislation are expected, which could increase the opportunities and obligations for local authorities to address this.

In the UK, the need to prevent modern slavery and human trafficking is addressed through the Modern Slavery Act 2015 and legislation made under that Act. The Government commissioned a review of the Modern Slavery Act 2015, which concentrated on the areas of: the independent anti-slavery commissioner, transparency in supply chains, independent child trafficking advocates, and the legal application of the Act.

The final report of the review was published earlier this year and recommended several changes to the way that slavery and trafficking is tackled in the UK. The Government has not accepted all the recommendations but it has announced its intention to progress some of them, including making legislation when Parliamentary time allows. It has carried out consultation to inform its actions in progressing the recommendations.

In the area of transparency in supply chains, one significant proposed change is the Government’s intention to impose on public sector organisations the duty to prepare statements on modern slavery. Commercial organisations with a turnover above a specified threshold are required to prepare a statement each financial year, setting out the steps that they have taken to prevent slavery and human trafficking in the supply chain but it is possible for an organisation to comply with the duty simply by saying it has taken no steps.

The Modern Slavery Act 2015 does not currently apply this duty expressly to organisations in the public sector but some consider that they are within the scope of the definition of ‘commercial organisations’. The Government intends to publish its own modern slavery statement this year and will require individual UK Government departments to be responsible for publishing their own statements annually from 2020/2021 onwards.

The review also recommended that the duty should apply to public bodies with an annual budget of £36m or more and the Government’s consultation has considered the size and type of scope of public sector organisations that should be brought within the scope of the duty. This could result in local authorities being subject to the duty.

Some local authorities already prepare statements on modern slavery, either because they have decided that they are within the scope of the definition of ‘commercial organisation’ or because they consider it to be good practice. Local authorities who do not yet do this will need to be alert to the potential for an obligation to be imposed in the future.

The Government decided not to implement the recommendation that the Government should exclude companies that do not comply with the reporting requirements under the Modern Slavery Act 2015 from bidding for public contracts. This is because the Government considers that the Public Contracts Regulations 2015 already allow public sector organisations to exclude non-compliant bidders from a tender process if they have anticipated this in their procurement documents and consider exclusion to be appropriate.

Local authorities could usefully use the time before the recommendations of the review are progressed to ensure that they are prepared for the implications. In particular, they could review their systems for monitoring contractors, identify who will be responsible for preparing their modern slavery statements and review their procurement processes and documents to ensure they are making use of any scope within public procurement legislation to take account of transparency in the supply chains of tenderers.

Tiffany Cloynes is head of the regeneration and public services team in England, and Clare Hardy is senior associate at Geldards.

This feature first appeared in Local Government News magazine. Register here for your own free copy.