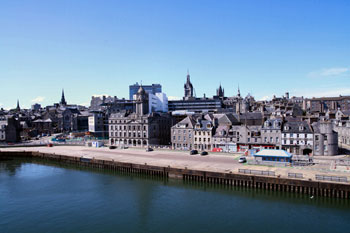 A senior director at Aberdeen City Council has resigned, the local authority has confirmed.

Frank McGhee, the director of commissioning who oversaw the delivery of council services, was one of four directors working underneath chief executive Angela Scott.

Mr McGhee was reportedly suspended earlier this month although this has not been confirmed.