Research shows how adapted homes can save £22,000 a year 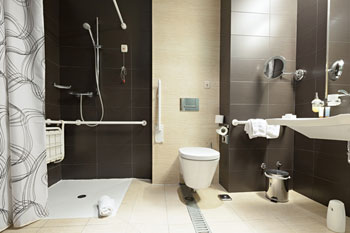 Using the Disabled Facilities Grant (DFG) to carry out home adaptions can delay someone moving into a residential care home by four years, a new investigation has revealed.

The research, conducted by Foundations, also found the average DFG was for less than £7,000 compared with a residential care place costing around £29,000 a year, resulting in significant cost savings for local authorities.

A freedom of information request carried out by Foundations showed that on average, a person who had previously received a DFG moved into a care home before their 80th birthday and stayed there for two years. For those who hadn’t benefited from DFG funded home adaptations, they tended to move into care when they were 76 and stayed there for six years.

Paul Smith, director of Foundations, said: ‘It makes sense that adapting your home means that you can live there independently for longer, but this research indicates that modifications such as stairlifts, level access showers and ramps really do help to delay people moving into care homes – by four years.

‘We have an ageing population and this brings growing financial pressure on both the public purse and the finances of individuals. That’s why enabling people to live in their own homes has never been more important – home adaptations via DFG offer a cost-effective and empowering solution.’

The research also revealed that councils were starting to monitor the impact of grants used to fund home adaptations, linking them to social care spend.

Mr Smith added: ‘It’s a requirement of the Better Care Fund for the NHS and social care to link their information system using the NHS Number.

'I would like to see this extended to the IT systems used to manage DFG applications and other housing interventions so that all local authorities can track the benefits and also start to target people who may be at premature risk of moving into residential care.’

Read our exclusive article from Foundations, arguing it's imperative that local authorities measure the impact of DFGs carried out in their areas.