Queen's Speech 19: Voter ID requirement at elections to be rolled out 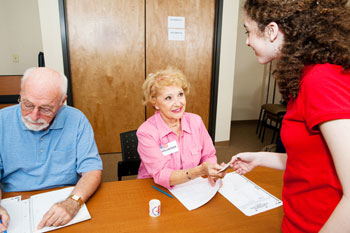 The Queen’s Speech has set out the Government’s plans to require voters to show photographic ID at polling stations.

With criticism emerging that many older voters and minority ethnic citizens may not have a passport or driving licence, the Government as set out that people without an ‘approved form of ID will be able to apply, free of charge, for a local electoral identity document’.

The Electoral Reform Society (ERS) had branded the plans as ‘dangerous, misguided and undemocratic’.

The claimed the move would make it harder for millions of ordinary people to vote, as 11 million citizens do not have a passport of driving licence.

Trials across ten councils in the local elections in May saw 700 people turned away from the polls, yet there were just eight allegations of personation fraud in the UK last year.

Chief executive of the ERS, Darren Hughes, said: ‘These mooted plans risk raising the drawbridge to huge numbers of marginalised voters – including many elderly and BAME voters.

‘The Government have sat on their hands in the face of the actual threats to electoral integrity: anonymous 'dark ads', dodgy donations and disinformation. Instead of taking on the real issues, they are using a sledgehammer to crack a nut.

‘Make no mistake – these plans will leave tens of thousands of legitimate voters voiceless. Ministers should focus on combating the real threats to our democracy, rather than suppressing voters’ rights.

‘This gamble with our democracy will strike many voters as US-style gerrymandering, with Britain’s tradition of trust at the ballot box abolished in one swoop. Ministers must think again.’

Nonetheless, in response to the high profile Tower Hamlets LBC case and Lord Pickles’ review,  the Government plan to push on to tighten security around voting.

The legislation will ban campaigners from handling postal votes, introduce a power to limit the number of postal votes a person is allowed to hand in, and establish a requirement on those registered for a postal vote to re-apply every three years.

It will also limit to two the number of people a voter can act as a proxy for and returning officers will be required to ‘provide equipment to support voters with sight loss and other disabilities who find it difficult to vote.