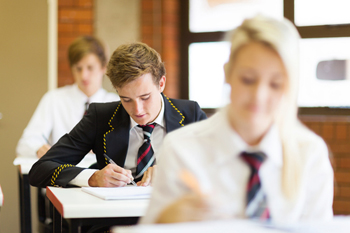 Progress made by poor pupils in primary school is ‘all but wiped out’ at the secondary level, new research into social mobility reveals.

A recently released study by the Social Mobility Commission has discovered that even when bright pupils from low-income families outperform their more advantaged peers at primary school, they are likely to be overtaken at the next stage of their education.

The report, based on research conducted by LKMco and Education Datalab using data from the National Pupil Database, warns the secondary school drop off means that poor children are failing to finish school with the qualifications that will create opportunities for them to succeed in life.

According to the new findings, the gap in progress stems mostly (88%) from differences in achievement between children at the same school, rather than variations between schools.

The report argued this is partly due to the treatment of children on free school meals who are placed in lower sets, have less access to qualified teachers and have lower expectations set for them.

A more difficult home life, behavioural issues and exclusion also impact outcomes for children from lower-income backgrounds, according to the research.

The Social Mobility Commission also revealed that poor pupils in cities do better relative to their affluent peers than their counterparts in rural areas.

Lower funding was putting pupils progress at risk, according to head teachers interviewed for the research. They also warned the prospects for improvement were bleak despite the new funding formula proposed by the Government.

‘One of the shocking features of our education system is that the gap between poor pupils and their better-off peers increases during their time in school rather than reducing,’ said commission chair Alan Milburn.

‘This new research suggests that the progress poor pupils make in primary school is all but wiped out during secondary.’

‘The consequence is that successive generations of poor children are being let down by a school system that is supposed to be there to help them move up and get on,’ he continued.

‘This is not just an issue for the government. If social mobility is to improve, schools need to do more to bridge the education attainment divide between poorer children and their better-off classmates.

‘Closing the gap needs to be top of mind for every teacher in every school.

‘The government can help by setting an explicit target for narrowing the attainment gap at CGSE and by doing more to get the best teachers into the toughest secondary schools.’

£36711 - £39774 per annum
The coronavirus pandemic has touched every aspect of the work councils do, and we're on the front line as the country recovers. Businesses need suppor England, London, Woolwich
Recuriter: Royal Borough of Greenwich

£20604.0 - £22664 per annum
Please note this position is to be offered on a 2 year, fixed term basis Interviews expected to be held 20/10/2020 for successfully shortlisted candid England, Essex, Braintree
Recuriter: Essex County Council

£31,869 - £38,616
This is a very exciting time to join the team as we are currently going through a major re- design of our service. London (Greater)
Recuriter: London Borough of Richmond upon Thames and London Borough of Wandsworth

£30,711 Per Annum
Do you want to make a difference to the lives of children and their families? Colindale, London (Greater)
Recuriter: Barnet London Borough Council