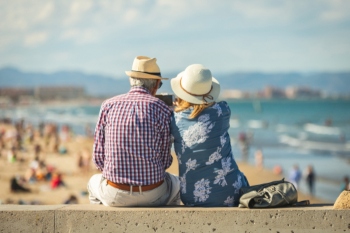 WMPF, which is one of the UK’s largest pension funds, is among six organisations to become the first Friends of the Retirement Living Standards alongside major firms including Legal & General and Standard Life.

The fund is also the first of the 87 funds within the Local Government Pension Scheme to be involved.

The Retirement Living Standards scheme is run by industry body the Pensions and Lifetime Savings Association (PLSA) with the aim of creating ‘a common language to help the UK engage with retirement saving’.

By becoming a Friend, WMPF is contributing to nationally important research by Loughborough University’s Centre for Research in Social Policy, which continues to shape and refine the Standards.

Simon Taylor, assistant director (pensions) at WMPF, said: ‘At the West Midlands Pension Fund we recognise the importance of comprehensive retirement planning for members and this has formed an integral part of our member service delivery, with increased prominence over recent times. ‘As such, I’m really pleased that we’ve been able to link-in with PLSA on promoting Retirement Living Standards, which will serve to raise awareness and complement the work we undertake in this space.’

Launched in 2020, the Retirement Living Standards are fast becoming an industry benchmark in pension scheme communications.

They set out three different levels of retirement lifestyles – minimum, moderate and comfortable – based on a basket of goods and services that are monitored and updated by researchers.

The Standards have so far been adopted by 53 organisations covering more than 14.4 million savers. They are also increasingly used by policy bodies, think tanks and Government bodies when considering pensions adequacy.