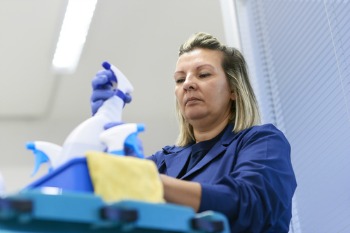 The living wage is 'out of reach' for most women working part-time across large parts of the country, according to new research.

The analysis of official figures by the TUC found that the majority of female staff working part-time are earning less than the living wage in 50 local authority areas. It said the large concentration of women doing low-paid, part-time work was causing this divide.

'The living wage was created so that work can provide staff with a basic standard of living. But in many parts of Britain, most women working part-time are way off earning this.

'Women of all ages and skill levels often find themselves trapped in low-paid jobs. Opening up more senior jobs to part-time working is part of the solution. But we also need to look at why so many jobs in Britain pay so little when employers can easily afford to pay staff more.'

The TUC is calling for the Government to ensure all Whitehall departments to pay the living wage and to use its £140bn annual procurement budget to encourage private companies that win public contracts to introduce the wage.