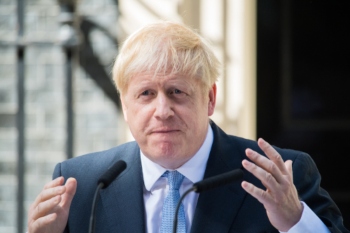 Councils will get new powers to shut down premises in a bid to control the spread of coronavirus as we head towards the next phase of the pandemic, the Prime Minister has announced.

Boris Johnson told the latest Number 10 briefing that was publishing a framework ‘for national and local government to work together’ in a bid to battle COVID-19.

After tackling local outbreaks in Leicester, Bradford, Kirklees and Blackburn, Mr Johnson said the approach would need to be different in different places.

He continued: ‘From tomorrow, local authorities will have new powers in their areas. They will be able to close specific premises, shut public outdoor spaces and cancel events. These powers will enable local authorities to act more quickly in response to outbreaks where speed is paramount.’

But he warned that local action would ‘not always be sufficient’. Next week, he said, the government will introduce draft legislation on ‘how central government can intervene more effectively at a local level’.

‘Where justified by the evidence, minister will be able to close whole sectors or types of premises in an area, introduce local stay at home orders, prevent people entering or leaving defined areas, reduce the maximum size of gatherings beyond national rules or restrict transport systems serving local areas,’

The announcement this morning is part of a wider plan to battle the virus and winter pressures on the NHS, following worst-case scenario predictions of up to 120,000 more deaths to come.

An additional £3bn pounds was announced for the NHS, as well as an increase in tests.

Speaking in advance of the announcement, chairman of the Local Government Association, Cllr James Jamieson, said the announcement of extra cash for the NHS was the right move, but he added: ‘If this awful pandemic has proved one thing it is that there cannot be a sustainable NHS without a sustainable adult social care system. You cannot protect one and not the other.

‘Adult social care services remain on the frontline of this crisis and need parity of esteem with the NHS. We urge the Government to also further address the immediate financial pressures facing the sector.

‘Investment to ensure adult social care is also ready and able to cope with a second wave and public health services are adequately funded would be of enormous benefit to our much-loved NHS.’