Number of smoker drops by 1.9 million since ban 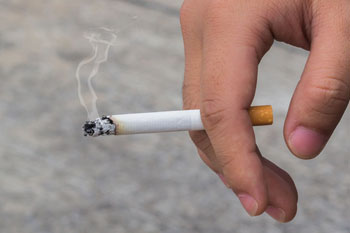 The number of smokers in Britain has fallen by 1.9 million since the smoking ban was introduced ten years ago, new figures have revealed.

Research by Cancer Research UK found smoking rates are now the lowest ever recorded at 8,300,000 adult smokers in Britain.

A new poll for the charity has also shown that only 12% of people would like to reverse the ban on smoking in enclosed public spaces, with 38% saying it has reduced their exposure to second hand smoke.

Cancer Research UK is calling on the Government to publish a tobacco control plan to help maintain the progress in reducing smoking rates.

'But the job is far from done when we still have more than eight million smokers in Britain and tens of thousands of children taking up the deadly addiction every year. We need this government to continue focussing on tobacco and we urge it to publish the Tobacco Control Plan for England as soon as possible.’