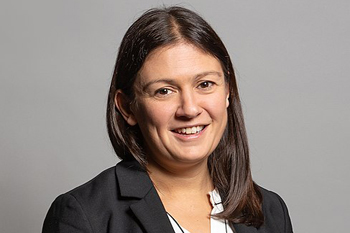 Her appointment was one of a number of moves by the Labour leader, which also saw the return of Brownite Yvette Cooper to the opposition front benches as shadow home secretary.

But he too has been promoted, with Sir Keir naming Mr Reed as shadow justice secretary and Lord Chancellor.

The move comes amid growing concerns that Sir Keir has failed to cut through to voters. It also appears to have blindsided the party’s deputy leader Angela Rayner, who denied there were plans for a reshuffle yesterday morning.

Sir Keir said he was ‘particularly delighted’ at Ms Nandy’s appointment. ‘After 11 years of Conservative mismanagement of our economy, delivering prosperity to all regions and nations in the UK will be a defining mission of the next Labour government, and there will be nobody better than Lisa to lead this work,’ he said.