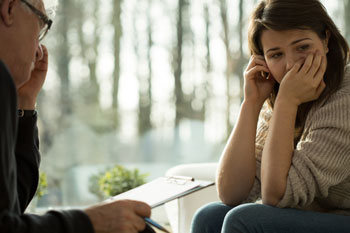 A survey of more than 1,000 staff employed by mental health care services found more than four in five (83%) reported that a ‘postcode lottery’ exists in the level of care that patients receive.

The survey, carried out by Unison, also revealed four in five (85%) workers had experienced cutbacks and nearly nine in ten (88%) reported an increased workload.

More than half (52%) of the staff surveyed said these pressures had led to longer waiting times for patients before they could get help.

According to a written parliamentary answer from health minister Philip Dunne, the number of mental health nurses has fallen by nearly 15% from 45,384 in 2010 to 38,774 in July this year.

The Health and Social Care Information Centre (HSCIC) has also reported nearly two million people sought advice for mental health issues in 2015 - up from about 1.2 million in 2010.

‘The government has pledged £1.25bn for mental health but services are still having budgets reduced,’ Unison head of health Christina McAnea said.

‘No-one should have to wait weeks to get the support they need, and staff shouldn’t be placed under such pressure that they risk using mental health services themselves.

‘With fewer staff and more people seeking help, it’s no wonder that employees who dedicate their lives to helping others feel at breaking point.

‘Funding for mental health services must reach those in need and not be diverted to plug gaps elsewhere in the NHS.’