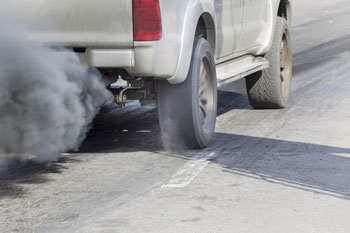 More than 400 schools across the capital are being exposed to air pollution that exceeds the legal limits, new figures have revealed.

The three boroughs with the most number of primary and secondary schools in high pollution areas were Southwark, Westminster and Tower Hamlets.

Mayor Khan is calling for an urgent update of the figures, warning nearly 10,000 Londoners die every year due to toxic air.

Mayor Khan, said: ‘These figures are of great concern and show why it is absolutely right we act now on London’s polluted air. It is simply not acceptable that young Londoners – our children, grandchildren, family, neighbours and friends – are being exposed to dangerously polluted air and putting them at greater risk of respiratory and other conditions.’

The mayor is also considering proposals to include roadside signs on the most polluted roads and has asked City Hall and Transport for London to urgently develop a programme promoting cleaner air walking routes to school.