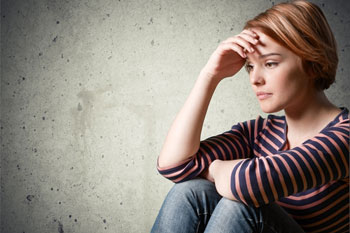 A new study has revealed that nearly two thirds of young carers in the UK suffer from mental health problems because of their caring duties.

The study, which looks at six European countries, warns that the failure of those governments to take proactive action on behalf of young carers could be in breach of human rights law.

Published by the Me-We Young Carers project, the new research found that 60% of the 276 adolescent young carers – defined as those aged 15 to 17 – reported mental health problems because of their caring.

Thirty per cent of adolescent young carers reported physical health problems due to their caring role, the University of Sussex research said.

Just over 40% reported experiencing difficulties in school due to their caring responsibilities. Twenty two per cent experienced negative school performance and 37% had endured bullying due to caring.

The Me-We project recommends a number of policy initiatives to support young carers including special measures such as additional time for young carers sitting exams.

The 2011 census for the UK revealed that there are 177,918 young carers under the age of 18 in England and Wales. The number of young carers has increased by 19% over the last decade.

‘Young carers are a particularly vulnerable group and should be recognised as such,’ said Saul Becker, professor of social work and social policy at the University of Sussex.

‘They should not only benefit from the universal implementation of their rights but be subject to additional and tailored policy and support measures with a scale and intensity that is proportionate to their level of disadvantage.

‘International human rights law requires States to adopt affirmative actions in fulfilling their obligations to respect the equality principle. One could argue the lack of positive actions from states to support young carers is a failure to protect and promote these rights.’

Feylyn Lewis, research fellow in the school of education and social work at the University of Sussex, commented: ‘As our study shows, young carers face enormous challenges when it comes to almost all aspects of their life including education and maintaining good physical and mental wellbeing.

‘While there is fantastic support projects here in the UK and we have seen some legislative advances for young carers in recent years, much more needs to happen to ensure that young carers are adequately supported to carry out the hugely challenging role they selflessly fulfil.’