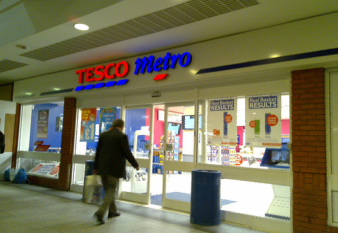 Tesco has been fined £1.6m for health and safety failures following a successful prosecution by Ealing Council.

The supermarket chain plead guilty to two offences after one of its drivers ran over a member of the public whilst reversing into the loading bay at the Tesco Metro store on Greenford Road.

The victim became stuck between the loading bay and the vehicle, leading to a number of serious and life-changing injuries.

An investigation by the council discovered Tesco had failed to manage the risks of vehicles and pedestrians using the car park of the premises, and failed to stop drivers reversing on site unassisted.

Cllr Julian Bell, leader of the council said: ‘This is a great result for the council. I am very pleased that the court has recognised the seriousness of these offences and imposed a fine reflecting this.

‘We will always the prioritise the safety of local people and this investigation has secured changes to the layout of the car park in question which will hopefully reduce the chances of another tragic incident such as this occurring.’