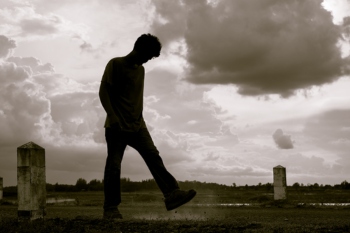 A new analysis has found that there are more than five unemployed people for every job posting opening in a quarter of local areas, with ex-industrial, inner city and ‘Red Wall’ areas faring worst.

The study by Adzuna and the Institute for Employment Studies has revealed that overall there were 2.2 jobseekers per vacancy in June 2021, up from 1.2 in March 2020.

The researchers said this was despite what they described as ‘record hiring’ with over 300,000 new job adverts placed in the last week. This hiring increase is being driven by a combination of ‘pandemic’ jobs in warehousing, logistics, IT and public services; alongside strong bouncebacks in hospitality, sales, construction and manufacturing.

However, while there are signs of recovery, the analysis shows that sharp rises in local unemployment – combined with inequalities that pre-date the crisis – means that there are wide disparities between places.

‘The last three months have been transformative for the UK jobs market,’ said Andrew Hunter, co-founder of Adzuna.

‘Employers are gaining in confidence as the economy reopens and more than a million jobs are on offer, with sectors like tech, trade and construction and logistics and warehousing leading the way.

‘But there is still work to do. On the one hand, vacancy levels are back at a pre-pandemic peak. But on the other hand, there are still significantly more claimants chasing every job than before the pandemic, with more than eight jobseekers per job in over 40 local authorities.

‘This brings an underlying concern for the UK jobs market into sharp focus – many of the people currently out of work aren’t matching up to the jobs on offer, despite an acute talent shortage. This means many jobs are lying unfilled and accumulating, inflating overall hiring volumes.’

The areas with the highest numbers of claimants per vacancy are often those areas that were most disadvantaged before the crisis began – dominated by ex-industrial areas in the north of England, Welsh Valleys and central belt of Scotland; coastal areas particularly across eastern England; inner city areas in the Midlands, North and especially London; and Northern Ireland.

The so-called ‘Red Wall’ areas also continue to fare worse – with 3.4 unemployed people per vacancy, compared with 2.1 in the rest of the country.

Tony Wilson, director of the Institute for Employment Studies, commented: ‘Since the turn of the year we’ve gone from talking about an unemployment crisis to a recruitment crisis. But the reality is that we’re facing a bit of both – with many firms struggling to fill jobs at the same time that more than two million people are struggling to find work.

‘These problems are particularly acute in many of those areas that were faring worse before the crisis began and that are most in need of support as we come out of it.

‘Government deserves credit for helping to avoid a jobs catastrophe last year. But if we don’t act quickly now to help employers to fill jobs and the unemployed to take them up then we could be setting a timebomb for next year of labour shortages, higher inflation and long-term unemployment.’