Leaders in the North tell PM to back ‘genuine devolution’ 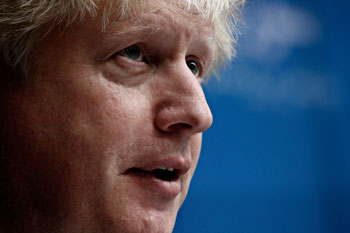 Northern leaders called on the prime minister to ‘stand on the side of genuine devolution’ as Mr Johnson pledged to give more power to people and businesses in the North.

In a speech in South Yorkshire yesterday, Mr Johnson said he was committed to delivering the Sheffield City Region Deal and to opening up negotiations with Leeds and West Yorkshire.

The Sheffield City Region Deal was a south Yorkshire devolution deal agreed in May. Local leaders have also called on Whitehall to agree to a ‘One Yorkshire’ deal which would encompass the whole region.

In response to the speech, the director of the Northern Powerhouse Partnership Henri Murison insisted that more power should be granted to elected mayors and civic leaders who had a ‘genuine mandate to represent the public’.

‘The prime minister needs to stand on the side of genuine devolution, with more powers for mayors like Andy Burnham, Dan Jarvis and their colleagues and deals for areas from Cheshire to much of Yorkshire which have so far missed out entirely,’ he said.

‘Any new growth body for the North should be accountable to and driven by those elected mayors and civic leaders with a genuine mandate to represent the public, and have serious financial powers.’

Mr Murison went on to say that the causes of the Brexit vote in the North were not about Europe but ‘more about feeling a loss of control.’

‘If the North is to take back control it must be the Northern Powerhouse that shapes its own destiny,’ he continued.

‘However much we trust Jake Berry MP as our voice at the Cabinet table, relying on Whitehall to back us and our plans to rebalance the country is not enough.

‘From leading a revolution to decarbonise the country’s energy needs whilst growing our industry, backing Northern manufacturing, or closing the gap in how the most disadvantaged in our schools do, the Convention of the North will prioritise addressing productivity and unlocking economic potential.’

‘The prime minister should take note,’ he added.

The prime minister’s speech is to be followed today by a meeting of the Convention of the North and the Northern Powerhouse Eleven (NP11), two organisations which bring together major stakeholders from the region.

Delegates to the meeting will call for the creation of a coherent Northern Powerhouse strategy and a ‘step-change’ in the level of investment allocated to the North.

‘Despite the clear economic opportunity the North represents, the North-South divide continues to widen, holding back our economy, our productivity and people’s opportunities,’ said Roger Marsh, chair of the NP11, a group made up of 11 Local Enterprise Partnership chairs.

‘That is why this working convention today, the largest of its kind, is vital so that we go beyond discussion of the challenges we face and focus on the action we can take as northerners, working with national government, to build a North that works for everyone: for business, for people – for young people especially.

‘We need bold ideas from the North and radical change from Government that leads to a seismic shift in funding and powers if we are to truly ‘level up’ the North.’