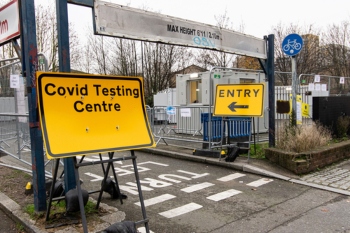 The largest surge testing operation to date will take place across parts of South London where the variant first identified in South Africa has been found.

The testing and genomic sequencing will be deployed in Wandsworth and Lambeth where 44 confirmed cases and 30 probable cases have been found.

NHS Test and Trace will work with the local authorities concerned to help control and suppress any possible new cases of the COVID-19 variant first identified in South Africa.

Dr Susan Hopkins, chief medical adviser for NHS Test and Trace said: ‘The cluster of cases of the variant first identified in South Africa found in parts of South London, predominantly the Lambeth and Wandsworth areas is significant. It’s really important people in the local area play their part in stopping any further spread within the local community.’

The first case of the variant in the area was identified in early March.