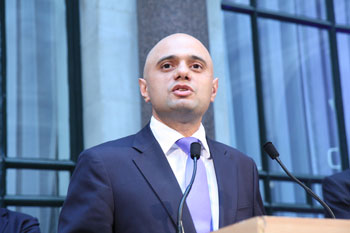 Five councils will share £600m government cash to support the delivery of up to 50,000 new homes in high demand areas by helping paying for related infrastructure including roads and rail.

The funding through the Housing Infrastructure Fund (HIF) was announced by chancellor Sajid Javid, who originally launched the fund when he was communities secretary.

It will help deliver new projects in London, Central Bedfordshire and Essex.

Mr Javid said: ‘I want to see more homes built in the places people want to live, so more people realise the dream of homeownership.

‘But we need the roads, rail links, and schools to support the families living in those homes, which is why I set up a fund to put in place the infrastructure to unlock new homes in these areas.’

The Treasury said the HIF is designed to support local authorities that want to step up their plans to increase the overall housing supply, make more land available for housing, and deliver new physical infrastructure that supports new and existing communities.

The five projects are: