It’s time for councils to get serious about play 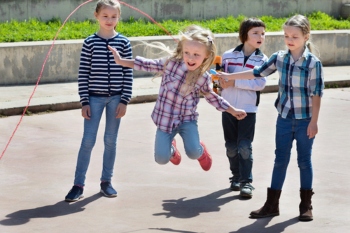 As spring sets in and the country moves cautiously out of lockdown, millions of children and young people will have the chance to catch up on a year of disrupted play.

Unlike the recent return to school, a “return to play” won’t make the headlines. But it is no less important.

Play – especially when outdoors and with friends – is how children explore and understand the world around them. It supports them to develop their social skills, creativity and imagination. It is absolutely critical to their physical and mental wellbeing.

So much so, that the right to play is enshrined as a fundamental human right in the UN Convention on the Rights of the Child. Equally important as a child’s right to health or education, for example, and one that impacts negatively on those rights when it is taken away.

Yet throughout the pandemic, debates around the importance of play have been worryingly absent. Restrictions in England meant children aged five to 11 went months without being able to play with friends (under-fives were exempt and older children could meet one friend alone for exercise).

The mental health impact on children of a year spent indoors, sat in front of screens and isolated from friends, will likely be severe. To prevent a long-term mental health crisis, we need to get serious about play.

In the councils taking part in the UK Committee for UNICEF (UNICEF UK) Child Friendly Cities & Communities programme, there are encouraging signs that play is moving firmly up the agenda.

In the London Borough of Redbridge, where the council is being supported by UNICEF UK to reach thousands of children to hear what they want changed in their local area, play consistently tops the list.

This is as true for the borough’s youngest children as it is for older age groups, who frame play as “more things to do” or “places to go with friends”. Now new play opportunities in the borough are being designed by its undisputed play experts – local children.

A recent high street redevelopment saw schoolchildren exploring and testing the areas designated for new play equipment; before final plans were submitted. Once the locations were agreed, children were invited back to meet the contractors and give their views on the proposed play equipment. Shape and pinball play panels were scrapped, while talk tubes were added to the list.

Play equipment dotted along a high street is just one example of how forward-thinking councils are using the opportunity offered by the pandemic to reimagine outdoor play, especially in urban settings where play has traditionally been limited to a local park and playground.

Both Redbridge and Cardiff were running play street schemes pre-COVID, closing residential streets to traffic for a few hours a month to allow children to play close to home.

Spurred on by the pandemic, with children suddenly restricted to the few streets around them, Cardiff Council is taking play streets one step further. They are supporting children to reclaim some of the city’s lanes – the narrow alleyways running along the back of rows of terraced houses, which have often been linked to anti-social behaviour and fly-tipping.

The council, Cardiff University and community group Grange Pavilion are working with children to repurpose these spaces into new green and safe spaces for outdoor play. The ideas are already flooding in; from “scootable” tarmac to vertical gardens.

'Story Trails' which encourage children and their families to follow stories using QR codes hidden across the city are also popping up in different areas of Cardiff – a simple way of transforming the city into an enormous urban play-space.

After a year of COVID upheaval, councils will no doubt be looking at how they can run similar schemes to give back to local children and young people who have missed out on so much. As they do, attitudes towards play need to change.

Children don’t simply deserve to have fun outdoors with their friends. They have a legal right to it. It is up to us to protect and further this right so that no matter what lies ahead, no child ever experiences a childhood without play.