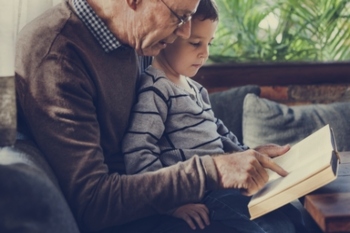 Councils have welcomed the announcement that informal childcare and other caring arrangements will be exempt from local lockdown restrictions.

The Government has confirmed that ‘care bubbles’ will be allowed to be created in areas of intervention to allow families to share caring responsibilities with another household.

Health and social care secretary, Matt Hancock, said: ‘I have listened to concerns that have been raised around the ban on interhousehold mixing in place for local areas of intervention, and have now introduced a provision for those looking after children under the age of 14. Informal care can also continue for vulnerable adults.’

Leader of Solihull Council, cllr Ian Courts, said: ‘Working with our two MPs and with leaders of Birmingham and Sandwell, we have lobbied government hard to get a sensible and common sense approach.

’I’m delighted we’ve been listened to.’

Figures suggest that a third of children in England aged 0 to 4 were cared for by a relative or friend last year.

Making a holistic case for devolution

Penny Rinta-Suksi argues the Government needs to make a holistic case for devolution, and back it with legislation.

£39,880 - £42,821 per annum
Do you want to be leading the strategic development of Telford’s transport network? Telford, Shropshire
Recuriter: Telford & Wrekin Council

£31,800 - £43,000 per annum
You will be joining us at a time of change to deliver our new resourcing strategy which aims to... Kensington and Chelsea, London (Greater)
Recuriter: The Royal Borough of Kensington & Chelsea Council

£34,728 - £37,890 per annum
This is an exciting opportunity to play a central role with the Traffic Team in the improvement and maintenance of the highway network within... Oxfordshire
Recuriter: Oxfordshire County Council