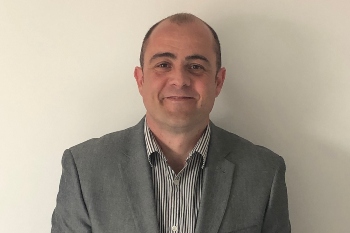 It’s not just a business problem, it’s a huge environmental one too. Despite efforts to reduce the negative impact that this missing equipment can have on the environment, a major part of the problem is that the general public simply don’t know what to do when they comes across this type of equipment, hence it will often end up in the wrong hands - either by people stealing the baskets and using them for their own benefit, left abandoned on the street and overlooked by refuse collectors, or worse, taken by organised crime gangs and being recycled illegally.

In addition to the businesses that own and operate this equipment to play their part in trying to police the whereabouts of their equipment, the Government, local councils and environmental agencies also have a role to play in helping to stamp this out, for the sake of the environment.

Our recent YouGov survey found that 48% of the UK public would take action and report abandoned plastic bread trays found in their local area to their local council, but 28% lack awareness of the problem and reporting guidelines. Overall, they feel that too much multi-use plastic is recycled unnecessarily and believe that local councils (56%), the government (46%) and businesses (58%) have a part to play in tackling this issue.

Understanding the plastic problem at hand

Many businesses take considerable steps to do their part in reducing their environmental impact. The trouble is that due to a lack of awareness, the general public, other businesses and - it would seem - local councils, don’t understand the value of these baskets. Far too often they are diverted out of the supply chain, never to be seen again. But in such cases, where do they end up? In our rivers, our oceans and in landfill sites.

But this is plastic designed to be used over and over again; it’s not single-use and it shouldn’t end up in these places. The message is clear: more education is needed to advise the general public how to report abandoned plastics.

To do this, it requires a national collaborative effort for those with the power to drive change to understand the value of plastic food delivery trays and their impact on the environment. That starts from the very top, with the government, and filters down all the way to the end consumer.

Here are a couple of simple steps that we believe the Government and local councils can take to help raise awareness of the issue at hand:

1. Promote it on council websites and social media channels

As part of its ‘Clean Streets’ initiative, the City of Westminster has already taken steps towards addressing this issue by alerting residents to this problem via its ‘Recycle for free’ page on the council website. Other local councils should look to promote a similar message on their own websites, as a reference point for the general public to help them understand what they can do if they come across this equipment.

2. Open dialogue with businesses to understand their plight

Take the time to meet with businesses who operate within the ‘circular economy’ to really understand the issues at hand. We aren’t the only supplier of RTP to the food and drink industry. There are probably tens of millions of baskets, crates and pallets made out of heavy-duty plastic and designed to last for years, shuttling backwards and forwards from food manufacturer to depot to retailer. As soon as they are taken out of the supply chain, this throws the whole circular economy effort out the window - often, to the detriment of the environment.

Take a moment to consider where you might have come across this type of equipment. You’ve probably seen them when visiting the bakery aisle in a supermarket, stacked up in delivery bays outside shops or sometimes displaying fruit, veg and other items down at the local market. But also think about the times you might have seen them left abandoned on a street corner, caught up on the banks of the canal or in a skip and ending up in landfill unnecessarily. What else can you do in your local community to help address this growing problem?

A few simple steps today can make all the difference tomorrow. With the environment top of the sustainability agenda, It’s time for the Government and local authorities to step up and help stop unnecessary plastic ending up in landfill.

The speed of biodiversity net gain adoption in Local Plans