Government urged to bring back Everyone In programme 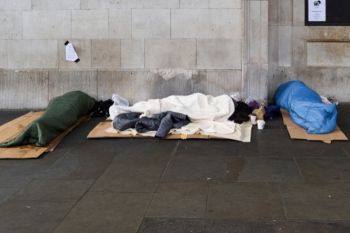 The Government has been urged to ensure all rough sleepers are housed during the third national lockdown.

The chair of the Housing, Communities and Local Government Committee, Clive Betts, has called on the Government to resume the Everyone In programme, as well as extending the current ban on evictions.

Mr Betts said: 'Last March, the Government saved hundreds of lives by bringing Everyone In off the streets. It should think again on its decision not to reinstate this programme. They should be doing all they can to protect rough sleepers once again by bringing together local authorities and charities to make sure everyone has safe accommodation.

'The current ban on eviction notices ends on January 11. It would be wrong to allow evictions to happen during a national lockdown, except in cases with antisocial behaviour and other existing exemptions.'

Labour also warned it was ‘irresponsible’ of the Government not to house rough sleepers in the new lockdown.

’The Government has asked everyone to stay at home, at the same time as they turn their back on people without a home. This broken promise will cost lives.’