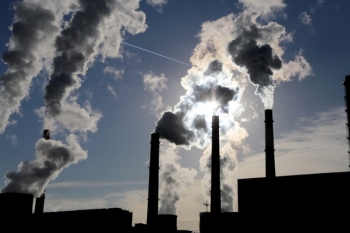 Fossil fuel pollution is responsible for one in five deaths worldwide - much higher than previously thought - according to new research.

The study, led by Harvard University in collaboration with UCL, found more than eight million people die each year as a result of breathing in air containing particles from burning fuels.

Until now, the total number of deaths each year from all outdoor airborne particulate matter was thought to be 4.2 million people. However, this new research does not just rely on satellite and surface observations but used a new risk assessment model that linked the concentration levels of particulates from fossil fuel emissions to health outcomes.

Co-author and UCL Associate Professor, Eloise Marais, said: 'Burning fossil fuels produces fine particles laden with toxins that are small enough to penetrate deep into the lungs. The risks of inhaling these particles, known as PM2.5, are well documented.

'Our study adds to the mounting evidence that air pollution from ongoing dependence on fossil fuels is detrimental to global health. We can’t in good conscience continue to rely on fossil fuels, when we know that there are such severe effects on health and viable, cleaner alternatives.'