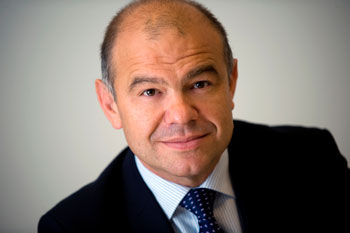 Famed Danish author Hans Christian Andersen, the man behind fairy tales such as the Little Mermaid and the Princess & The Pea, once said: 'The whole world is a series of miracles, but we’re so used to them that we call them ordinary things.'

At ReFood, we want food waste recycling to be an ordinary thing. To achieve this, we would do worse than to look across the North Sea to our Scandinavian counterparts.

If there is something rotten in the state of Denmark, it isn’t its approach to food waste. Indeed, in the past five years alone, the country has successfully reduced its food waste output by more than 25%, equating to some 4.4bn tonnes. Britain has previously seen similar levels of reduction, but a report issued by WRAP in January this year showed that food waste in the UK had actually increased by 300,000 tonnes across 2016.

Five times smaller than the UK, Denmark is a little nation that packs a big punch when it comes to food waste management. Its impressive reduction in food waste is a direct result of government legislation, big business initiatives and behavioural change at a domestic level.

One Danish industry that has taken a particularly proactive approach to food waste management is the grocery retail sector. The industry is adopting hugely innovative schemes to curb food waste across the supply chain.

A fantastic example of this is Wefood, a store in Copenhagen that exclusively sells expired produce at discount prices. The prospect of food past its sell-by date proved so tasty for Danes that a second branch was opened last year, with punters regularly queuing out of the door to get their hands on budget stock that would have been otherwise destined for the bin.

Looser rules on the selling of edible-but-expired food, when compared to the UK, have significantly helped the existence of stores like Wefood. In Denmark, expired produce can be sold by retailers as long as it is clearly labelled and poses no risk to the health of the end consumer.

Here in the UK, we’ve seen supermarkets adopt similar strategies to curb waste across the sector. From Marks & Spencer’s pledge to redistribute edible surplus food to those in need to, ASDA’s wonky veg box scheme; there are plenty of positive signs that British retailers are taking their commitment to waste reduction seriously. With budget chains such as ALDI and Lidl recently posting record sales, a store like Wefood could prove incredibly popular with UK shoppers.

Every cause needs a great leader. For Denmark’s war on waste that has been Selina Juul. In much the same way that the UK’s Hugh Fearnley-Whittingstall has used his acclaim to draw attention to the issue of waste mismanagement here, Juul, a leading blogger and food writer in Denmark, has put her celebrity status to good use. Her pressure group, Stop Wasting Food, has played a central role in the past few years in lobbying the government on the issue, drawing its attention to areas where it could legislate against unnecessary food waste.

Indeed, with coercion from Juul, the Danish government has been the vital driving force behind food waste reduction in the country. In the summer of 2017, the Danish minister for food and the environment, Esben Lunde Larsen, pledged more than £600,000 to assist projects that tackle food waste, from production right through to consumption. At ReFood, we’d like to see the British government take a similarly proactive approach.

Given the triggering of Article 50, now is the perfect time for Downing Street to rethink its strategy on waste. One of the most exciting aspects of Brexit is that it gives the government greater autonomy to set its own waste recycling targets. With Scotland, Wales and Northern Ireland already adopting laws that makes the separation and recycling of food waste mandatory, I’d urge England to follow suit, with a goal of zero waste to landfill.

Brexit or no Brexit, it’s clear that cross-border collaboration will be needed if we are to truly beat the global food waste crisis. Denmark’s food waste ‘miracle’ hasn’t been achieved overnight. It’s taken consistent governmental support, high-profile advocates and the backing of big business to drive a real attitude change to food waste. I’d like to see the same repeated in the UK.