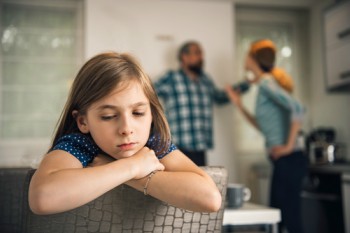 Victims of domestic abuse are not getting the help they need due to 'significant' gaps in support, new research has warned.

The research from the Early Intervention Foundation found child and adult victims of domestic abuse are facing an 'unfair lottery' of support.

It revealed gaps in support such as therapeutic services for children dealing with trauma, support for very young children and babies, prevention services and direct support for children whose parents are not engaging with services.

A separate survey by the charity also found only four in ten adults are confident they’d know how to support a victim of domestic abuse, with three-quarters of people calling for greater support for victims of domestic abuse.

Dr Jo Casebourne, chief executive of the Early Intervention Foundation, said: 'The current system in local areas is often complicated and very variable, with no consistent response. All too often referrals have to be made only on the basis of what is available. This creates an unfair lottery for victims.

'While the Government has been providing support for victims and deserves credit for some of its initiatives, especially through the pandemic, new funding should be prioritised to ensure we are most effectively helping those affected by domestic abuse, particularly children, who are also victims, as the Domestic Abuse Bill recognises.'

The Early Intervention Foundation is calling on the Government to establish a long-term, cross-departmental fund dedicated to improving knowledge of what works to support child and adult victims of domestic abuse.