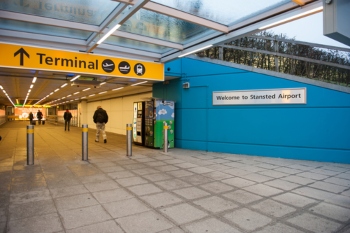 The planning inspectorate’s decision to allow an appeal over the expansion of Stansted Airport has been branded an ‘insult to local democracy’ by the leader of Uttlesford District Council.

The council had rejected the proposals in January 2020, but this was overturned by the planning inspectorate which also awarded full costs against the council.

Cllr John Lodge has written to government ministers urging them to intervene over the decision amid growing climate change concerns.

The letter argues the expansion of the airport undermines the Government’s target of cutting carbon emissions by 78% by 2035.

The letter states: ‘Uttlesford Council’s planning committee very thoroughly weighed up the evidence before them but were also mindful of the issues coming down the line; they wanted to exercise their place making function and community leadership role fully, responsibly and with due consideration to the future of all: the residents, businesses, nature and climate.

’We are distraught that PINS did not or were not able to do likewise; moreover, we are outraged that they would not see how challenging this decision had been for elected members nor how carefully they had approached it and awarded full costs against the council. This is an insult to local democracy and I would again urge you to intervene.’

Cllr Louise Pepper, the council's portfolio holder for Environment and Green Issues, added: ‘The Government has said it wants to be a global leader on fighting climate change, so expanding any fossil-fuelled industry during a climate emergency makes no sense. It also calls into question the UK's credibility for hosting the COP26 Climate Change Conference in November.

’The council is now facing costs against it as a result of the appeal, but the cost to the planet carries far greater weight. We have a responsibility to act now and we must continue to take a stand for future generations.’