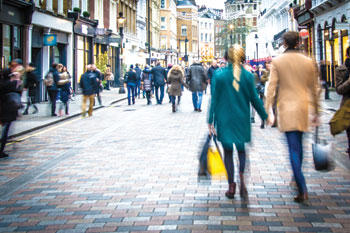 Devolution needs to focus on rebuilding the economy rather than local government reorganisation, a think-tank has claimed.

Launching its latest report as the Government announced a new White Paper on Levelling Up, Localis warned that the Government’s economic growth strategy focused too much on decentralisation and not enough on devolution.

Localis head of research Joe Fyans said: ‘Any government plans to move forward with devolution need to prioritise the task of restoring the nation’s economic and social fortunes and should not be fixated by the view that doing so inevitably means ringing in the changes to the governance structures of the local state.’

The report, A Plan for Local Growth, calls for ministers to support community control of high-street regeneration, to speed up the devolution of skills and to give councils and their partners a clear role in economic development and achieving net zero.

Localis chief executive, Jonathan Werran urged ministers to seize the opportunity of the White Paper to make sure Government plans to create industry clusters across the UK.

‘Otherwise, we risk the continuation of a lop-sided, centrally-led, interventionist growth policy which only serves to hamstring our localities from achieving anything like their inherent place potential,’ he added.

The Government announced on Tuesday that it would publish the Levelling up White Paper – to be led by the Prime Minister – later this year.

Writing for The MJ, Paul Marinko said it's not surprising that confidence in the programme seems to be draining away.