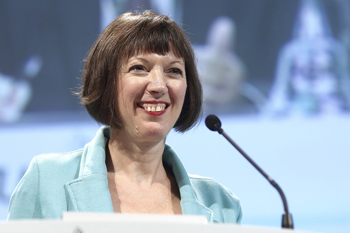 The future of local authority services are under threat - with many councils reducing statutory services due to austerity measures - a new report is warning.

Austerity Uncovered, published by the TUC and the Centre for Local Economic Strategies (CLES), reveals that the Government is only halfway through its austerity programme. It also claims that by 2015-16 council funding will be cut by 37%, with the total funding gap expected to increase by £2.1bn per year until 2019-20.

The report highlights the impact cuts have had on services, with English councils cutting the amount put aside for means-tested social care by 12% since 2010.

The majority of councils (87%) also now only provide adult social care in cases of ‘substantial’ or ‘critical’ need, with the number of younger people with disabilities receiving social care falling by 17% since 2008-09.

‘Adult social care is in crisis and children’s services are under increasing attack. With cuts on this scale it will be impossible to protect local services. The tragedy is that the cuts have been disproportionate – those local authorities with the greatest need have been the worst hit.’

The report calls for a more needs-based approach to funding settlements, with further devolution of resources and decision-making powers to councils. It also recommends a long-term plan for increasing funding for adult social care, a high-level commitment to reducing inequalities, and more collaboration with public service unions and community groups.

Chief executive of CLES, Neil McInroy, said: ‘We need to get the priorities right and appreciate that austerity means people’s needs are no longer being met like they should be. Without considered decisions based on the needs of people and places, now and into the future, we risk causing irreversible damage.’

In response, local government minister Kris Hopkins said: 'The majority of local authorities have continued to balance their budgets whilst reducing council tax in real terms and increased or maintained public satisfaction with services.

'The provisional local government settlement is fair to all parts of the country - north and south, rural and urban, city and shire. With council spending on public services up £4bn to nearly £79bn, every council should be able to deliver sensible savings whilst protecting frontline services for local taxpayers.'