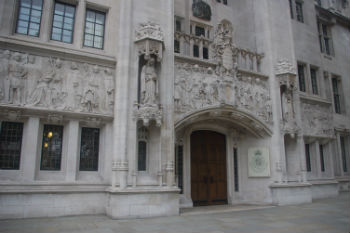 A council in Cheshire has secured a ‘landmark ruling’ from the Supreme Court that will better protect green areas from speculative housing developments.

The case arose from an application by Richborough Estates to build 170 homes on green gap land between Nantwich and Crewe at Willaston, which Cheshire East rejected.

However, the case went to court because the developers argued - drawing on the wording of the NPPF - that in some circumstances relevant policies for the supply of housing should be treated as ‘out of date.’

The judges upheld the developers appeal, but ruled that their specific argument was not legitimate.

The court judgement stated: ‘No one would naturally describe a recently approved green belt policy in a local plan as “out of date”, merely because the housing policies in another part of the plan fail to meet the NPPF objectives.’

‘This is a landmark ruling, achieved by Cheshire East, which will benefit planning authorities and town planners up and down the country,’ said council leader Rachel Bailey.

‘I am proud that this council had the courage to pursue this action.

‘This means that we can now better protect our local communities from speculative, unsustainable development by ensuring a proper approach to the application of planning policies.’