Councils 'unlikely to cope' with rise in homelessness 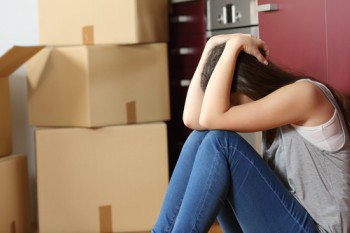 Campaigners have warned that councils are unlikely to cope with a rise in homelessness after figures showed half of homeless households were unable to secure a home before the pandemic.

Official figures on homelessness in England show 51% of households found to be homeless by their local councils were unable to secure a home before the virus outbreak.

Councils were only able to help one in five households at risk of homelessness to stay in their existing home.

Polly Neate, chief executive of Shelter, said: ‘Even before the pandemic councils were barely able to help half the homeless people turning to them. The system will buckle if more families become homeless once the evictions ban is lifted in a few short weeks.

’We know private renting is deeply unstable at the best of times. Now we are hearing from renters who are struggling more than ever as jobs are lost and incomes fall because of the crisis. Many people are facing rent arrears and mounting debt.’

The charity warned that councils would be unable to cope with a rise in homelessness if the Government lifts the eviction ban without putting protections in place for renters.

£35,745 - £40,876 per annum
We are looking for an experienced and enthusiastic person to join our public health team. Sandwell, West Midlands
Recuriter: Sandwell Metropolitan Borough Council