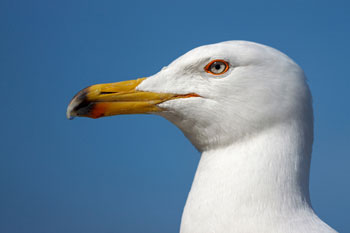 Councils across the UK are using a wide range of measures to deal with the nuisance posed by urban gulls, according to new research.

Measures taken include fining people who feed the birds and installing preventative measures such as bird-netting or spikes.

However the study found: ‘All these measures aim to remove or decrease the numbers of gulls from urban spaces; and a number of councils reported committing significant resources to this end, particularly in the first year of any control programme.

'Despite this, many councils reported that they have not managed to crack the gull problem.’

Conducted by Sarah Trotter, assistant professor of Law at the London School of Economics and Political Science (LSE), it also identified that many councils portray gulls as a pest rather than a pigeon.

Professor Trotter said: ‘Councils are expending significant time and resources on measures that are not only largely ineffective but that also stem from – and further reinforce – the narrative that urban-nesting gulls are indeed urban pests. The idea that we might rather live alongside these gulls seems to have been almost entirely lost in the debate.’