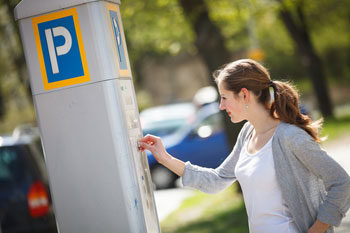 Local authorities in England have reported a slight dip in parking profits, which they warn could impact their ability to fix potholes and tackle congestion.

An analysis by the RAC Foundation of the standardised financial returns made by 338 English councils to the Ministry of Housing, Communities and Local Government (MHCLG) found that they made a combined profit of £891m from parking in 2019-20. This was 4.6% lower than the £934m surplus made in the previous year.

Responding to the RAC’s findings, the Local Government Association (LGA) emphasised that any money made from parking management is reinvested in ‘essential transport projects’.

The amount they spent on running their parking was £854m, up on the £812m in the previous year. This expenditure does not include interest payments or depreciation on their capital assets such as car parks as these figures are not accounted for in the official data.

Characterising parking management as a ‘money-spinner’ for some local authorities, Steve Gooding, director of the RAC Foundation, said: ‘The surplus for 2019-20 is down a little on the year before which may in part reflect the impact of the first COVID lockdown which saw traffic levels plummet at the end of last March.

‘The dip is likely to be much deeper for the current financial year given the range of restrictions over the past 12 months and the Government’s current plea that we should all stay at home if we can.’

Mr Gooding went on to suggest that councils might be inclined to cut parking charges as a way of incentivising residents to shop on their local high streets.

Commenting on the findings, Cllr David Renard, transport spokesperson for the LGA said: ‘Councils have to try and ensure there are spaces available for everyone at all times of the day and we can keep traffic moving, and dangerous obstructions are dealt with.

‘With an increase of 10 million cars on the road in the last 20 years this has become increasingly challenging for councils.

‘Income raised through on-street parking charges and parking fines is spent on running parking services. Any surplus is spent on essential transport projects, including fixing potholes and tackling congestion, but it would take more than a decade and £10bn to tackle our current roads repair backlog.’