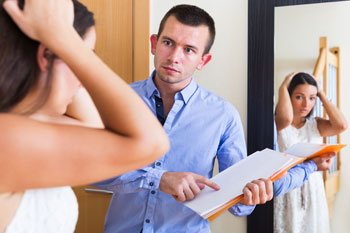 Council leaders are calling for quicker legal action to bring illegal eviction cases to court, warning it can take more than a year to prosecute rogue landlords.

The Local Government Association (LGA) has highlighted several successful prosecutions against ‘unscrupulous’ landlords, including a family of nine who were forced into a garage after being evicted and a landlord who illegally put the belongings of a mother and her son into the garden.

However it warned that the legal process was slowing down the action councils could take against illegal eviction cases.

He added: ‘An extra £5m funding from government to help councils tackle rogue landlords as well as proposals in the Housing and Planning Bill for a database of rogue landlords and to allow councils to levy fines up to £30,000 as an alternative to prosecution, are an important step forward.

‘However, any database should be properly resourced and the legal process in relation to prosecutions should be speeded up so that, where appropriate, illegal eviction cases can be brought more quickly to court.’

Up to £18029.0 per annum
Please note that this is a part time position, 18 hours per week. Working hours will be discussed at interview but may include some Saturday work. The England, Essex, Basildon
Recuriter: Essex County Council

Up to £111,100
We’re looking for proven experience of developing and implementing business planning and performance management frameworks in a... Chelmsford, Essex
Recuriter: Essex County Council

£20604.0 - £26801.0 per annum
ECC Adult Social Care is making a transformational shift from a focus on long-term care support, to a model with four key principles
Recuriter: Essex County Council