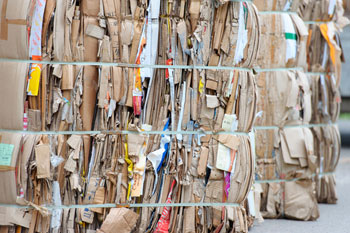 A fifth of councils have been directly affected by China’s ban on imported waste over the past year, according to a new survey.

The poll, conducted by the Local Government Association, found China’s restrictions on imports of mixed paper and certain types of plastic have increased recycling costs for some councils by as much as £500,000.

The fee charged to councils to process materials collected from kerbside collection at a materials recovery facility (MRF) is said to have increased from £15 to £22 per tonne over the last year.

Cllr Martin Tett, LGA environment spokesman, said: ‘It’s clear that the ban by China on imported waste, which could soon be implemented from other countries, could have a marked impact on councils’ ability to recycle. It’s essential that the Government provide support to help councils offset the loss of income they face as a result of the ban and encourage manufacturers to use more recyclable materials.

‘Councils are doing all they can to improve recycling rates, which is why 100% of councils collect paper for recycling, and 99% collect plastic bottles. The rising costs caused by this ban risk combining with ongoing and severe council funding pressures to affect other essential local services.’

The LGA is calling on the Government to address the impact of the ban in its forthcoming Resources and Waste Strategy, and for manufacturers to contribute more towards local authority costs for processing recycling.