Council hits back at abandoned diggers left at roadworks 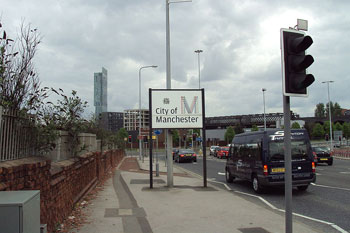 Manchester City Council has hit out at the ‘unacceptable behaviour’ of workers who dumped diggers in the middle of traffic works over a dispute over alleged non-payment.

The sub-contractors, employed by the council’s main contractor Dawnus, are claiming they have not been paid for work.

A council spokesperson for the scheme said: ‘While the blockage were removed in just over an hour and traffic is now moving normally this was clearly unacceptable behaviour which caused unnecessary inconvenience for many motorists.

’The site has now been made safe, council staff are at the site to make it secure and no further issues are anticipated.

’However, we are seeking urgent clarification from Dawnus about their position and looking at how we ensure that this major scheme is completed as soon as possible.’