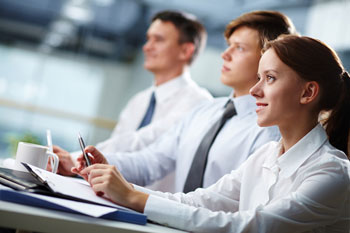 Local authority leaders are today urging MPs to support measures that would see councils have more say in the delivery of skills development at the local level.

A Lords amendment to the Government’s Skills and Post-16 Education Bill aims to ensure that councils can work together with businesses and Further Education providers to deliver a more coherent local skills offer.

The Local Government Association (LGA) argues that councils play a vital role in local skills systems and hold unique skills, local labour market and economic development expertise that is vital to LSIPs, and should therefore be involved in their development.

‘Councils know their communities best and it is vitally important that local authorities are given a greater role in this Bill so they can work in partnership to help support people to get into employment or training,’ said Cllr Simon Henig, vice-chair of the LGA’s People and Places Board.

‘At a time when the Government is rightly discussing devolving powers to local areas as part of the Levelling Up White Paper, it is crucial that this is not undermined by sidelining the expertise of local government in the delivery of skills and employment support.

‘With adequate resourcing and powers and the ability to work in partnership with national government and others at an early stage, councils can help well-intended but disconnected national schemes keep people in work and businesses recruiting.’

An LGA analysis shows that if councils and combined authorities were given the powers to plan, commission and oversee a joined-up system of employment support with their local partners it could result in 8,500 more people in work and a benefit to the economy of £420m each year in an average combined authority area.

'We want employer representative bodies to engage with local authorities to draw on their knowledge and intelligence which will help to inform the development of these plans – and this will be set out in the statutory guidance.'