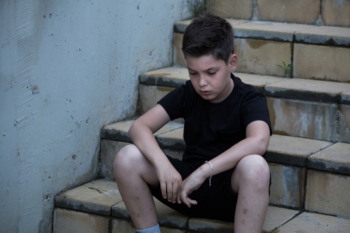 The children's social care system is too focused on investigating families rather than providing them with support, according to an independent review of services.

Led by Josh MacAlister, the review sets out problems in children's social care system in England. It found that a focus on investigations has created an 'increasingly adversarial' system that is both less able to support parents or protect children.

It said more support and decisive action is needed to protect children from harm, particularly teenagers who are being failed by the system.

Mr MacAlister said: 'Our children’s social care system is a 30-year-old tower of Jenga held together with Sellotape: simultaneously rigid and yet shaky. There are many professionals and services doing excellent work but this report sets out the scale of the problems we face and the urgent need for a new approach.

Mark Russell, chief executive at The Children’s Society, said: 'This report lays bare the scale of the challenge ahead in order to reform a social care system which is letting down vulnerable children.

'It is a system hamstrung by under-investment, bureaucracy and artificial barriers. It has serious systemic flaws – including a lack of understanding of threats from outside the home like criminal and sexual exploitation, and places too much focus on intervening only at crisis point.'

Cllr Teresa Heritage, vice chairman of the Local Government Association’s Children and Young People Board, said: 'We also urge the review to consider the context in which services for children and families are delivered. Inspection, media and government pressure can alter practice and drive risk aversion, while the impact of national policy must not be underestimated.

'Children’s services alone cannot do everything - we need a whole system approach to improving children’s lives.'