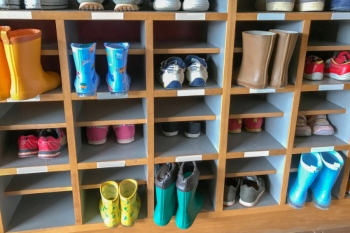 The availability and affordability crisis in childcare is being exacerbated by the pandemic and subsequent childcare closures, warns a gender equality group.

It also revealed that over twice as many childcare places (64,173) have been lost during the winter lockdowns than in the first six months of the pandemic.

The Women’s Budget Group argues that this will have a serious impact on the earnings of women.

State support in the form of free-entitlement hours only starts for most children once they reach three.

The Women’s Budget Group argues that even with childcare state support, childcare for 3- and 4-year-olds is still between a fifth and a quarter of women’s salaries with women spending on average 24% of their earnings on part-time childcare.

‘The childcare closures many feared at the start of the pandemic are materialising. During the Autumn and Winter lockdowns of 2020/21, over 7,500 providers left the sector and in March 2021 there were 64,000 fewer places than in August 2020,’ said Hana Abid, report author and research and policy officer at Women’s Budget Group.

‘Demand is expected to go up after ‘Freedom Day’ and once people return to the office many parents might struggle to find childcare available for their children. The closures, combined with the ongoing affordability crisis, are likely to have an impact on parents’ – especially mothers’ – ability to remain in their jobs.’

Ms Abid called for the Government to ‘urgently intervene’ to save the sector and said that fully covering the provision cost of the free hours ‘should be the minimum’.

‘Investing in a free universal high-quality childcare system would have benefits across the economy and be truly transformative for millions of children, in line with the levelling-up agenda,’ she added.

Trades Union Congress general secretary Frances O'Grady, commented: ‘The Government must act now to prevent a lasting childcare crisis. Without increased funding and support many more nurseries and other childcare providers will close permanently – leaving working parents across Britain in the lurch.

‘This pandemic has placed a huge strain on families with young children. Many women have been forced to sacrifice hours and pay to look after their kids?– especially key workers and those in low-paid jobs who can least afford the financial hit.?

‘Ministers must give childcare providers the cash they need to stay open.?And giving all workers the right to work as flexibly as possible from their first day in the job would help all parents manage their work and caring responsibilities.’