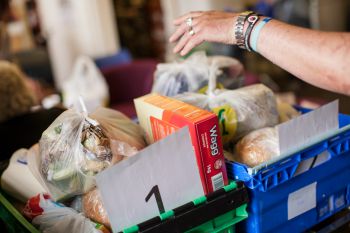 Food bank networks have called for local authority support schemes to be prioritised as a record?2.5 million emergency food parcels are given out by just one charity over the lockdown.

More than 980,000 of these went to children, which is almost two parcels every minute on average.

According to the charity’s data, the food banks in its network experienced a?33%?increase in need during the lockdown, with a 36% rise in parcels given for children compared with 2019/20.

‘No one should?face the?indignity of?needing?emergency food. Yet our network of food banks has given out record numbers of food parcels as more and more people struggle without enough money for the essentials,’ said Emma Revie, chief executive of the Trussell Trust.

‘This?is not right?but?we know we can build a better future.?This pandemic has shown the unexpected can hit suddenly, but we know when we push for change, united by our desire for justice and compassion, the Government?has to?listen and act.’

‘It’s the Government’s responsibility to stop hunger from happening in the first place so that everyone is able to afford to buy food and other essentials,’ she added.