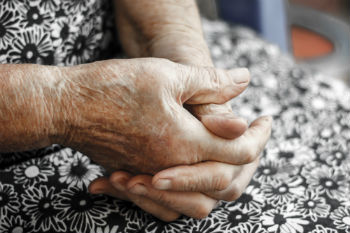 A report calling for a new £2.4bn Dementia Fund has received backing from 68 cross-party MPs.

The report, published by the Alzheimer’s Society, warns that some people with dementia are paying 15% more for their social care, spending £100,00 on average. It argues that a new dedicated fund would help end this ‘dementia penalty’.

Jeremy Hughes, chief executive at Alzheimer’s Society, said: ‘We are calling for urgent investment in high quality care through a dedicated Dementia Fund. It’s time to end the dementia penalty that‘s preventing people from getting the care they need and deserve.

'The overwhelming cross party support shown through the open letter to the health secretary illustrates how indisputable this crisis is. A Dementia Fund will provide help now to remedy the situation for people with dementia, while we wait for the Green Paper and a long-term sustainable funding solution for social care.'

£98,166 - £98,166
We are now seeking to recruit an exceptional transformational leader to build on our existing success. Kingston upon Hull, East Riding of Yorkshire
Recuriter: Hull City Council

£43,833 to £53,115 per annum
An opportunity has arisen for a skilled and experienced insurance professional to lead a busy and friendly Insurance Team providing a... Wandsworth, London (Greater)
Recuriter: London Borough of Richmond upon Thames and London Borough of Wandsworth