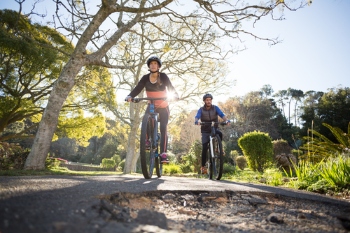 A major local government insurer has called for local authority pothole funding to give greater focus to cycle paths and footways to protect cyclists and e-scooter riders.

It said councils have been hindered by the way the Government distributes pothole funding, with Whitehall using a formula to advise local authorities what share of pothole cash they can spend, based on their roads and other infrastructure.

‘Within this formula, council funding has a 82.42% weighting on roads, 15.4% on bridges and 2% on lighting columns, but with no suggested allowance for cycleways and footways.’

Sarah Rowan, public services segment manager, said: ‘Cycling has exploded in popularity during the pandemic which, along with the introduction of e-scooters has changed the way our roads are used. The challenge now confronting the Government is how to avoid a rise in related injuries as an unintended consequence of green recovery.

‘We are urging the Government to reassess its allocation of transport spending to reflect the changing nature of our roads and enable local government to prioritise active travel routes.’

Zurich said that while poor road surfaces affect every road user, cyclists and e-scooter riders face disproportionate risks, with potholes potentially resulting in a life changing injury or even death.

It pointed out that analysis of Department for Transport figures by Cycling UK showed 368 cyclists were badly injured in crashes caused by poor road surfaces between 2007 and 2016.

In 2020 the insurer received more than 2,800 highway claims for injuries sustained on roads and pavements. Despite seeing claims drop off early in 2020, it said it subsequently saw a ‘worrying reversal’, which could be down to changing road usage.

This was originally published by Transport Network.