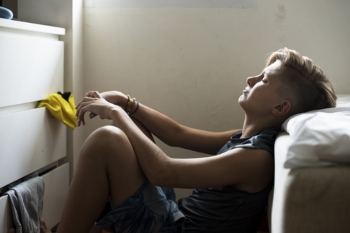 The care system is 'unfit for purpose' and is putting vulnerable teenagers at risk of exploitation and crime, a new report has warned.

Published by the Commission on Young Lives at the end of last year, the report finds the current care system is actually handing over some children to criminals by moving them away from their families and placing them in accommodation that puts them at risk of harm.

The report argues the care system was originally designed to help small children and is struggling to adapt to care for older children.

It warns an over-reliance on a limited number of residential places, cuts to funding for early intervention programmes, outdated fostering models, and a broken children's home 'market' is allowing too many children in care to fall into danger.

Out of Harm's Way: A new care system to protect vulnerable teenagers at risk of exploitation and crime calls on the Government to establish a 'Vulnerable Teenagers At Risk' ministerial taskforce and guarantee teenagers are not placed in inappropriate care placements.

Anne Longfield, chair of the Commission on Young Lives, said: 'A children's social care system that is supposed to protect vulnerable teenagers is frequently putting them in even greater danger. Often, we may as well be handing over children directly to ruthless gangs and criminals. It is unfit for purpose.

'We know the number of vulnerable teenagers at risk of exploitation entering the care system is becoming older, with more complex and expensive needs, and growing. We also know this is putting an enormous strain on the whole children's social care system. The recent horrific murders of two young children show the tragic consequence of a child protection system stretched to its absolute limit.

'Resetting children's social care in this new offer for teenagers will require determined action and some funding, but it is clear there are huge benefits not only to those vulnerable young people who need protection, but also to the public purse.'