Care funding is a ‘postcode lottery’ 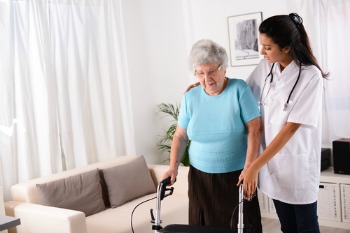 Care funding is a postcode lottery with local authorities in the south paying more than those in the north for long-term care, according to new research by Which?.

Freedom of Information (FOI) requests made by Which? to 180 local authorities across England, Wales and Northern Ireland showed huge variations in the standard weekly rate councils contribute to the funding of residential care.

As well as disparities between north and south, the consumer watchdog also discovered that there could be a lot of variation between authorities in close proximity to one another. In Greater London, for example, there is a difference of £138 for the standard weekly rate between neighbouring boroughs Bromley (£555) and Croydon (£417).

The report also shows big differences between the standard rate some councils pay and what the cost would be to self-fund. In Exeter the council pays £442 to £471 a week, while the fees for self-funders were £300 to £1,200.

The variation in costs is partly down to factors such as local wages and property prices, and partly about individual councils negotiating costs with care homes when they bulk-purchase.

Which? executive director, Richard Lloyd, said: ‘Understanding the options available for long-term care can be a minefield, particularly with such huge variations in the funding available. People looking to make difficult decisions about care should use free, independent sources of advice, like Which? to help them find the information that’s relevant to their situation.’