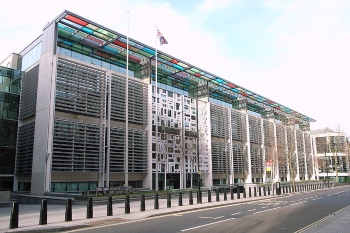 The fund will at least match the European Union scheme it has replaced in each nation and in Cornwall each year, and the Government has promised it will ‘better tailor funding to local needs across the UK’.

The Budget Report says the fund is designed to ‘help people access new opportunities in places of need’.

There is a strong emphasis on ‘skills and employment focused programmes’, with £560m already committed to the flagship ‘Multiply’ programme revealed by the chancellor in his speech.

Multiply will run across the UK and is intended to reach hundreds of thousands of adults who struggle with numeracy skills.

Alongside the Budget, Marsham Street has announced the successful projects in the first bidding round for the £4.8bn Levelling Up Fund.

The Government hopes the fund will help to remove siloes ‘to best meet local needs’ and the 100 winning projects range from local transport to cultural assets.

Sharing in the £1.7bn first tranche are a medical training facility in Bolton, a marketplace in Aberdeen, and theatre redevelopment in Brecon.

The funds will be joined by a £9m ‘Levelling Up Parks’ fund to be awarded in 2022-23, which will create more than 100 new green spaces across the UK in urban areas.

Key Cities chair and Salford deputy mayor Cllr John Merry responded: ‘Key Cities welcomes the Government’s renewed focus on levelling up ingrained inequalities and on green growth, but funding is only part of the story.

Much of the funding available asks all our places to compete, which is completely counter-productive, and reduces, not enhances innovation. Instead, funding should be targeted to leave no areas behind, and those local and regional authorities charged with delivery of this agenda are enabled to do so successfully.’

Jonathan Carr-West, chief executive of the Local Government Information Unit (LGIU) said: ‘For those who believe that levelling up can only succeed in partnership with local government, there was little grounds for optimism in this budget which continues to be allocated through bid funding and regional and sub-regional authorities getting the largest chunks of it.’