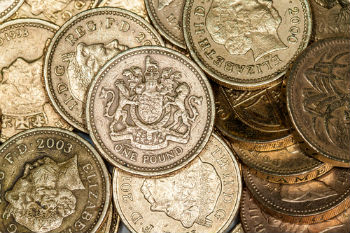 Local government experts have warned the planned £3.5bn cuts to public services will mean financial uncertainty for councils for the next few years.

In his Budget 2016 announcement, chancellor George Osborne announced further cuts of £3.5bn to public spending by 2020 and business rate relief will be extended permanently.

However, Jonathan Carr-West, chief executive of the LGiU, warned this will leave many in local government ‘deeply anxious’.

‘It’s not clear where these cuts will fall but experience suggests they will hit local government either directly or through the knock on effects of cuts to welfare benefits,’ he said.

‘Only two months ago local government was offered the “certainty” of a four year funding settlement, but that certainty already looks illusory.’

Simon Parker, director of the New Local Government Network, also warned the extra cuts were at odds with the promise of stable funding for councils.

He said: ‘The government promised stable, long-term funding for councils, but today's announcements will only add to the sector's confusion. George Osborne promised further cuts for 2019 and knocked a huge hole in business rate income without spelling out how councils will be compensated.’

CIPFA also said the Budget announcement was likely to leave councils feeling ‘stitched up’ by the Government. CEO Rob Whiteman commented: ‘While councils will welcome reduced costs for small businesses, they are likely to feel as though they’ve been stitched up. Business Rate revenues are planned to replace Whitehall grants but have now been cut with no warning.’

The Local Government Association (LGA) said it was pleased Mr Osborne didn't announce any direct cuts to local government funding but said councils still needed financial stability. Lord Porter, chairman of the LGA, said: 'Councils now need a period of financial stability and consistency so they can plan for the pressures facing local services which lie ahead over the next few years and need to be protected from any more funding cuts during this Parliament. This, alongside greater power to run local services, is essential.'

The Treasury said local authorities will be compensated for the loss of income from business rates reform.