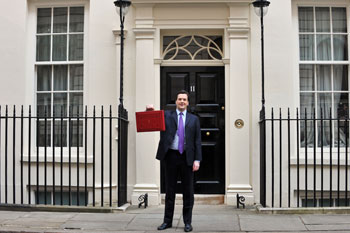 The Conservative government has put devolution at the heart of its Summer budget with the announcement of extra powers for the Greater Manchester Combined Authority.

Under the plans laid out by chancellor George Osborne, the Devo Manc deal has been extended further, while the Chancellor added he was in negotiation with other areas to devolve powers and responsibility in exchange for introducing directly elected mayors.

The Local Government Association (LGA) has welcomed the budget for not including extra in-year cuts for the sector. LGA chairman, Cllr Gary Porter, said: ‘It is right that the Chancellor has not used his Summer Budget to further reduce in-year local government funding. Councils already have to find £2.5bn in savings this financial year and these are proving the most difficult savings to find yet.

‘Councils will now be looking to the Spending Review in the autumn which will decide the future of our public services over the next decade.’ In an announcement he badged as ‘a budget for working people’ Mr Osborne said: ‘Our long-term economic plan is working’. He claimed there would be a budget surplus by 2019-20.

He told parliament he would introduce a new living wage of £9 per hour.

The chancellor claimed the OBR had calculated the cost to business would be 1% of corporate profits: ‘To offset that I have cut corporation tax to 18%. To help small firms I will go further now and cut their national insurance contributions.

‘From 2016 our new Employment Allowance, will now be increased by 50% to £3,000. That means a firm will be able to employ four people full time on the new National Living Wage and pay no national insurance at all.

‘In total it’s expected that 6 million people will see their pay increase as a consequence.

'And taken together with all the welfare savings and the tax cuts in this Budget, it means that a typical family where someone is working full time on the minimum wage will be better off.’