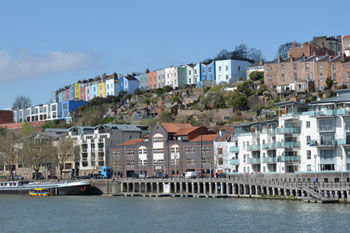 Bristol has been named the greenest city in the UK as part of research into the country’s most environmentally friendly cities.

The property buying company Goodmove has analysed 10 cities and scored each one depending on which was the most environmentally conscious in each area.

The study, named Britain’s Real Green and Pleasant Land, looked at statistics on the percentage of green space, amount of waste sent for recycling, the amount of carbon dioxide emissions produced per year, gas consumption and the quantity of Green Party seats.

In 2015, Bristol was awarded the European Green Capital award after the city council reduced its emissions by 38% from a 2005 baseline and therefore nearly achieved its 2020 emission reduction target five years early.

Bristol became one of the first authorities to purchase electricity generated from renewable energy sources. Since 2007, for example, Bristol’s 34,000 street lights have been powered with green electricity.

The council has also spent £1.4m since the early 1990s on improving and maintaining the energy efficiency of council properties. Additionally, they have committed £300m for energy efficiency and renewable energy by 2020.