Birmingham bins not returned due to 'council squabble' 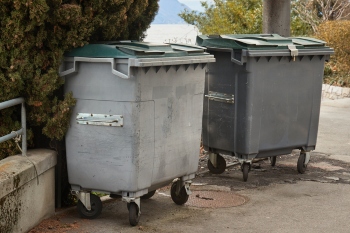 The ombudsman has blamed 'bickering' bin workers for residents having to return their own heavy communal bins to the right place in Birmingham.

The Local Government and Social Care Ombudsman had received a complaint after communal bins were left blocking the footpath once emptied, rather than being returned to the storage area like they used to be.

It found that despite the council promising to put steps in place to solve the problem, a disagreement between its waste management and housing teams meant the situation had not been resolved.

'I am disappointed that a squabble between departments has led to these consequences for residents, and the council has not yet sought to solve the issue despite it having gone on for more than a year, said Michael King, Local Government and Social Care Ombudsman.

'We do not usually report on cases such as these, but Birmingham’s failure to resolve the issue, even when we confirmed we were investigating, left us with little choice. It belatedly confirmed it accepted our recommendations but in the interim failed to address the problem, leaving the resident continuing to struggle.'

The council has agreed to apologise to the woman and pay her £150 in compensation.

A Birmingham City Council spokesperson said: 'We apologise that the standard of service was not as it should have been in this particular situation. We collect approximately 27 million bins annually across the city, but acknowledge there are a very small number of instances where services could have been better. We are fully complying with the LGO recommendations and will be using the learning from the case to improve things in future.'