Around 15,000 patients with neurological conditions ‘let down’ by care system 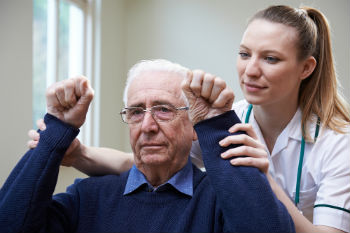 Local authorities are not routinely recording whether someone they are providing services for has a neurological condition, making these patients ‘invisible to health and care systems’.

A new study has revealed that thousands of people with neurological conditions are being let down by health and social services in England.

The findings, published by the charity Sue Ryder, show that approximately 15,000 people with conditions such as motor neurone disease were placed in older people’s nursing or care homes across England during summer 2018.

These settings lack the specialist expertise needed to support people with neurological conditions and, for young people, are socially inappropriate, the charity warned.

The research also found that there are over 500 people in ‘out of area’ placements, forcing many people to live away from their homes, families and friends.

‘It’s bad enough that people living with a devastating condition have to deal with something that affects every part of their lives, but the fact that the support they need and deserve isn’t being delivered is appalling,’ said Sue Ryder's director of Neurological Services Pamela Mackenzie.

‘The lack of visibility, together with the lack of priority given to neurology in the health system, means that people with neurological conditions are regularly being let down.’